It is popular because Chainlink is a secure and trustworthy decentralized network that solves different real-world issues. It provides essential information such as links to a traditional payment system, price feeds, event results, and many others which need security and transparency.

LINK was founded by CEO Sergey Nazarov in 2017 and raised $32 million through an Initial Coin Offering. In 2019 it was launched on the Ethereum mainnet. Chainlink ensures three principles to reduce the potential failure of oracles because the data can be manipulated in the blockchain. Thus Chainlink has three principles: Distribution of Data Sources, Distribution of Oracles, and Use of Trusted Hardware.

Chainlink has a business partnership with Polkadot, Synthetic Google, and SWIFT from the crypto and traditional business world. That means users can use SWIFT via Chainlink for money transfers. It creates a seamless interaction between blockchain and the real world.

The network depends on the distribution of data sources and Oracle. Chainlink (LINK) wants to get more people involved in the network, so it becomes more valuable and widespread.

However, it also means they have to partner with more trusted real-world businesses. Fundamentally, it is a strong network with sustainable use cases, but you should consider LINK price prediction and technical chart before long-term investment. 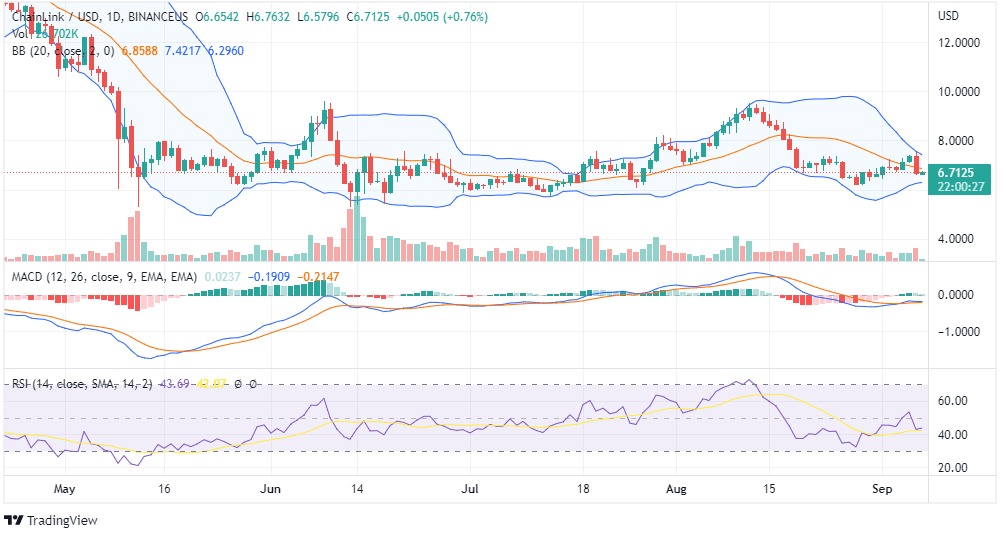 LINK is in a consolidating phase between a range of $7.5 and $6.3. On the upper side, $9.4 is a strong resistance for this coin, so it will not cross the resistance easily in the short term.

At this time, LINK is around $6.71, but most technical indicators suggest a consolidation phase because MACD is neutral, RSI is around 43, and candlesticks are in the lower range of the BB. All these suggest that the Chainlink price will not break the resistance in the next few days. 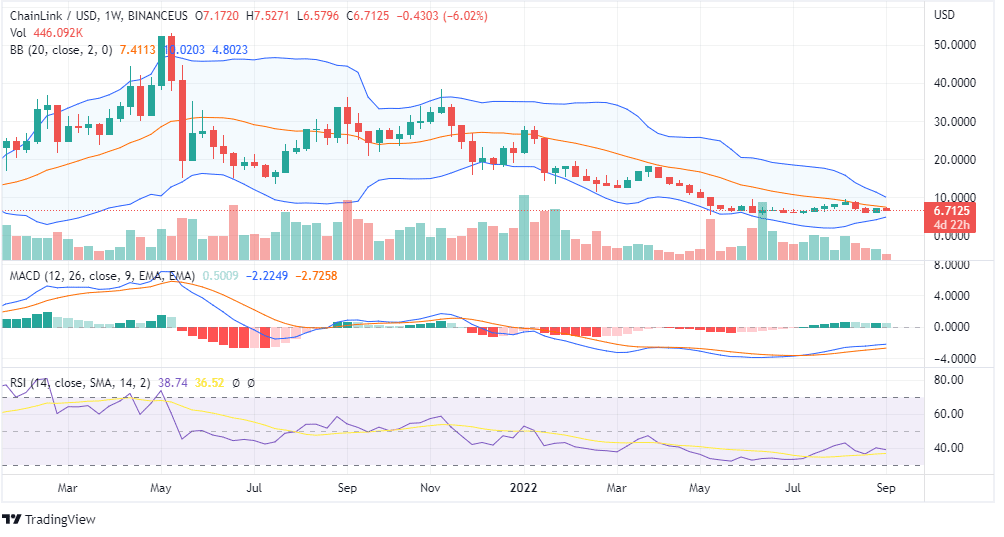 On the weekly chart, the candlesticks of Chainlink are forming in the lower range of the Bollinger Bands, but it shows an uptrend around the support of $6.2. MACD is bullish, but RSI is around 38, which does not suggest a bullish momentum. After reaching a high of $52.5, LINK turned bearish.

Though LINK has been forming strong support around $6.2, it may fall further to the level of $3.75. That means you should wait until it forms higher highs in the weekly chart. After that, you can invest for the long term.