Fantasy sports represent a big chunk of the online gaming market. It does not involve high graphic games or elaborate plot lines but other that people invested in certain sports find very interesting.

Read ahead as we describe how Battle Infinity is set to cause disruption and what made its presale sold out in a span of only 24 days.

Your capital is at risk.

What is Battle Infinity?

Battle Infinity is a gaming platform that is built over blockchain technology, and it offers its players a plethora of P2E games to choose from. There are a variety of other services also, such as purchasing or exchanging tokens, interacting with other players, exploring the metaverse, etc.

The whole platform runs on its own token called IBAT, which had recently been offered to the public through an Initial Coin Offering, but now it is sold out, that too within 24 days. (more on this later).

This whole platform has 6 main components such as the IBAT Battle Swap which helps players buy IBAT tokens and also gives them the option of exchanging their winnings from the game in other currencies of their choice.

The IBAT Battle Market helps in converting every asset and character of the game in terms of tokens which gives them a real-world value and so on.

Battle Infinity has been in the news lately because of its emerging as a potential blockchain alternative to the usual fantasy games and that has also been the reason for the immense success of its Initial Coin Offering. It was estimated that it will hit the hard cap of 16,500 BNB before the previously predicted date. But the presale sold out just in 24 days, breaking many of the past records.

Battle infinity, many believe, is set to disrupt the fantasy gaming industry for good. And why not? Blockchain has got the reputation of disrupting every industry that comes in its path.

What are Fantasy sports?

Fantasy sports are the games in which players select real-life players of a particular sport and their performance in real life determines the results of these games. For example- If A chooses a certain football player and if he scores a hattrick in real life then A will certainly gain points in the game.

For scoring well, one needs to have a good idea about that particular sport in general, the current performances of the teams and the players and this is why it cannot be regarded as gambling. We have had Fantasy games around us from as early as the 1900s but it was only with the advent of the internet that it picked up the pace and also became accessible to people which it couldn’t earlier.

The fantasy sports industry, particularly in India, has grown at a rapid pace over the years. Apps like Dream 11 and MPL have witnessed a huge increase in their user base (reaching hundreds of millions of users) and have also registered huge profits over the years. The Fantasy sports industry is expected to be worth $47 billion by 2027. With Battle Infinity being one of India’s first blockchain-based Fantasy sports games, it is sure to reap huge profits in the years to come.

How Will Battle Infinity Disrupt the Fantasy Sports Industry?

The traditional fantasy sports industry is run by certain companies which allow their users to select players and win rewards in case their combination of players does well in real life. But the users are not allowed to sell their characters to other users. They are not the owners of their accounts, but just the users and the company commands centralized control over all the accounts.

But with the same thing operating on a blockchain, all the previously mentioned limitations are successfully addressed. The users can sell or exchange characters and other assets with each other. This will make these assets more liquid. They also happen to be the owners of their accounts rather than just the users. The decentralized platform also opens gates for users to play different games using the same account and the same assets which was not possible in the traditional setup. 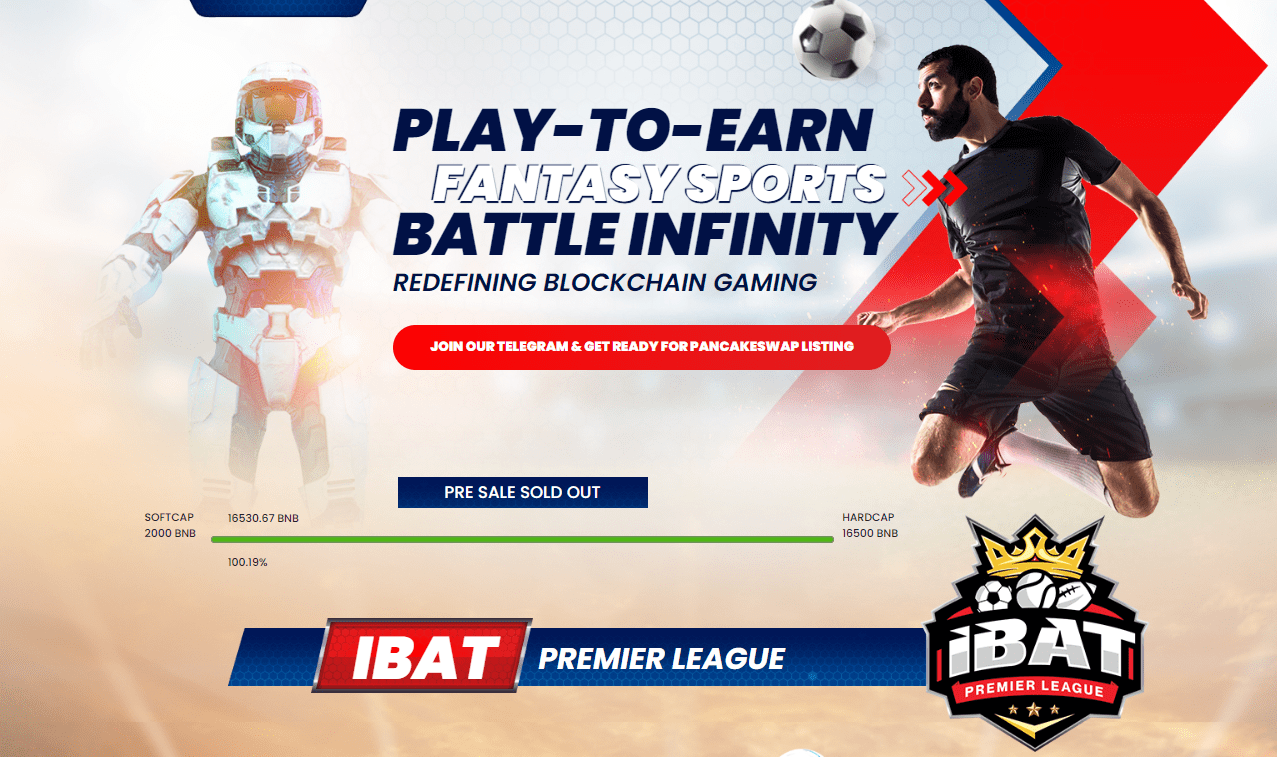 With Battle Infinity receiving such a warm reception from the people around the world (its ICO already being a success) it is only natural to assume that this game powered by the ever-disrupting blockchain technology is very promising and is sure to disrupt the already prospering fantasy sports industry.

Suresh Joshi, one of the co-founders of Battle Infinity, says that India is the best place to start a fantasy sports platform because of the high demand and the quality of talent available. He goes on to say that this platform is not just limited to its Indian users but will support a global user base and that they are planning to induct new games like baseball, football, etc., that have a global fan base.

Fantasy sports not just help the players in earning money but also helps the overall sports industry via increased sponsorships and the ever-increasing viewership. The blockchain disruption would also increase the prospects of the whole industry and maybe the valuation would get past the estimated value by 2027.

The Play to Earn format of games, made possible by the blockchain technology, has helped a lot of users to make a living out of these games and looking at the future of the industry, it seems that the numbers of such users will go on to increase. You can also get on board with this new disruption and buy IBAT Token from exchanges such as Pancakeswap as now the IBAT token is sold out through ICO.

Your capital is at risk.