For past years, the crypto community has been exploring many ways of showcasing tokens to market, right from initial coin offering (ICO) pumps to exclusive exchange offerings and high-profile airdrops. Don’t you agree that now is the time to introduce a new system?

A Quick Glimpse of Back Story 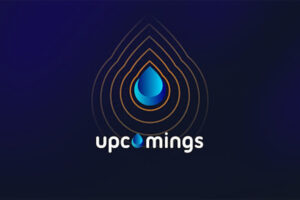 The 2017 ICO boom has cemented itself compelling crypto history as one of the profitable yet dangerous phases for an investor. We as investors thought that all we required was a sophisticated whitepaper to raise millions of dollars overnight to build out a tokenized dream.

But the result came out with flaws resulting in hacks and drop in projects, since then, the crypto market, to be more specific – the token market modified the way it operates. For 2020 summer, token launches and redemptions have been done a new way called as- the airdrop.

The term “a token airdrop” defines – when a project announces to issue a token and grants particular wallet addresses with a calculated number of tokens, given their specific activity on the platform. So far, projects have seen success with this model as many early adopters have walked out grabbing tens of thousands of dollars.

Even after a backing solution, there were some difficulties arose with the airdrop method as the generic people began to profit from such airdrops and do everything for claiming a big pocket. These Web3 users are given a term called “airdrop hunters.”

So far, we had a glimpse of past hurdles and now before deciding on the “best” method to create token, we will just go through the understanding as of what the launch of a token is trying to gain. In 2017 it was only to raise funds for future development or the method of seed funding for an exciting venture.

Ultimately, ICOs and decentralized platforms accomplished this goal with only minor hiccups. Now, we are following the new age token following a different purpose that is “to decentralize governance”.

Here, each token holder joins the others to govern the protocol as though token creation meant to be the invention of a decentralized autonomous organization (DAO). At present, we all can think of an airdrop as an invitation to join the creation and build alongside the founding team. One such new project is following the dream of many investors and enthusiasts demonstrating an all-in-one platform- Upcomings DAO.

This is the exclusive solution and answer to all the queries and issues so far- a Decentralised Autonomous Organisation run by the team of strong developers, market experts, designers, product engineers, publishers, promoters, and influencers alike.

After exploring this project, you will definitely find it as an open-source portal for anyone with asserted skills to have your hands on and can right away jump in. Upcomings is emphasized to build a collective and big community to fill their pockets with incredible benefits.

To acquire this dream and strengthen the economy the Upcomings team is initially working to release some owned products which is said to be user-centric. These products and applications will be backed by the project native token- UPCG [Upcomings Token] to eventually raise the core use case and power the token holders.

UPCG token is build worth 20 million total supply and listed with perfectly designed tokenomics. Though the token distribution is entirely explained in the official whitepaper where every evaluation is justified to be a promising cryptocurrency. Upcomings Tokens will be available for payments, utility, gaming and trading options to get better alternatives with Upcomings.

The Launch of the token is set to be announced later in September 2022, where 3% of the total supply will be Airdropped for early adopters and contributors. Joining Upcomings ecosystem will offer you multiple benefits and core value of token is said to be increasing with back-to-back releases.

To participate in the regular activities of project, you need to whitelist your account/wallet from the official website and follow the procedure. You can also go through some membership packages to get access from basic levels to pro phase attaining advanced features. This might increase your earning opportunities to maximum.

Upcomings DAO is currently targeting to initiate a huge community with like minds of experts and supporters. The team believe that this will elevate the upcoming developments of the project DApps and balance the token value. Any interested crypto users can join the program and be early birds to earn the great opportunity once in a lifetime before it’s too late.

50,000 slots are remaining under the giveaway, where the team has announced an opening of the Whitelist and Airdrop program specifically for early adopters. You just need to navigate to the official webpage www.upcomings.io from your BEP20 browser, click on the “Whitelist” option and whitelist right away with just $1.

Isn’t it too simple? Any user whitelisting with Upcomings DAO will get following benefits and ease of access:

–        Applicable to other reward opportunities

The Upcomings project is building an ecosystem of DApps including Decentralized Exchange, Markets, P2P, Launchpad, Decentralized Chat and Web3 Games. These are some of the upcoming technologies and trend that will eventually revolutionize the overall crypto industry into a better place that is unimaginable right now!

Disclaimer: This is a paid press release. Coinfomania does not endorse and is not responsible for or liable for any content, accuracy, quality, advertising, products, or other materials on this page. Readers should do their research before taking any actions related to the company stated in the press release.