The divorce dragged on for eight years, almost as long as the marriage. The wealthy San Francisco couple sparred over child support, the profits from the sale of the husband’s software company and the fate of their $3.6 million home.

But the most consequential court battle between Erica and Francis deSouza concerned a bitter dispute over millions of dollars in missing Bitcoin.

Francis DeSouza, a tech executive, had bought a little more than 1,000 Bitcoins before he separated from his wife in 2013 and then lost nearly half the funds when a prominent cryptocurrency exchange collapsed. After three years of litigation, a San Francisco appeals court ruled in 2020 that he had failed to properly disclose some elements of his cryptocurrency investments, which had exploded in value. The court ordered him to give Erica deSouza more than $6 million of his remaining Bitcoin.

In legal circles, the deSouzas’ case has become known as perhaps the first major Bitcoin divorce. Such marital disputes are increasingly common. As cryptocurrencies gain wider acceptance, the division of the family stash has turned into a major source of contention, with estranged couples trading accusations of deception and financial mismanagement.

An ugly divorce tends to generate arguments about virtually everything. But the difficulty of tracking and valuing cryptocurrency, a digital asset traded on a decentralized network, is creating new headaches. In many cases, divorce lawyers said, spouses underreport their holdings or try to hide funds in online wallets that can be difficult to get into.

“Originally, it was under the mattress, and then it was the bank account in the Caymans,” said Jacqueline Newman, a divorce lawyer in New York who works with high-net-worth clients. “Now it’s crypto.” 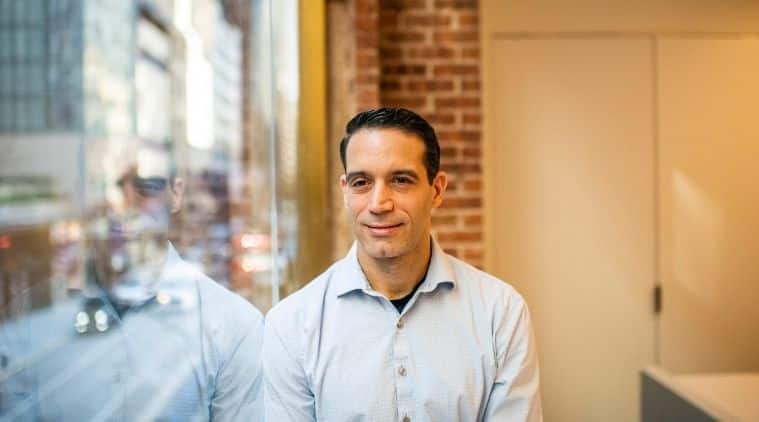 The rise of cryptocurrencies has provided a useful medium of exchange for criminals, creating new opportunities for fraud. But digital assets are not untraceable. Transactions are recorded on public ledgers called blockchains, enabling savvy analysts to follow the money.

Some divorce lawyers have come to rely on a growing industry of forensic investigators, who charge tens of thousands of dollars to track the movement of cryptocurrencies like Bitcoin and Ether from online exchanges to digital wallets. Investigative firm CipherBlade has worked on about 100 crypto-related divorces over the past few years, said Paul Sibenik, a forensic analyst for the company. In multiple cases, he said, he has traced more than $10 million in cryptocurrency that a husband hid from his wife.

“We’re trying to make it a cleaner space,” Sibenik said. “There needs to be some degree of accountability.”

In interviews, nearly a dozen lawyers and forensic investigators described divorce cases in which a spouse — usually the husband — was accused of lying about cryptocurrency transactions or hiding digital assets. None of the couples agreed to be interviewed. But some of the divorces have created paper trails that shed light on how these disputes unfold.

The deSouzas married in September 2001. That same year, Francis deSouza founded an instant-messaging company, IMlogic, that he eventually sold in a deal netting him more than $10 million, according to court records.

Francis deSouza’s cryptocurrency investments date to April 2013, when he spent time in Los Angeles with Wences Casares, an early crypto entrepreneur, who pitched him on digital assets. That month, Francis deSouza bought about $150,000 of Bitcoin.

The deSouzas separated later that year, and Francis deSouza soon disclosed that he owned the Bitcoin. By the time the couple were ready to divide their assets in 2017, the value of that investment had ballooned to more than $21 million.

But there was a catch. That December, Francis deSouza revealed that he had left a little less than half the funds in a cryptocurrency exchange, Mt. Gox, that went bankrupt in 2014, putting the money out of reach.

In court filings, Erica deSouza’s lawyers said it was “egregious” that her husband had failed to mention earlier that so much of the Bitcoin was gone and argued that his secretive management of the investment had cost the couple millions of dollars. The lawyers also speculated that he might be hoarding additional funds.

“Francis has been less than forthright with his ever-changing stories,” Erica deSouza’s lawyers claimed in one filing.

No secret stash ever materialized. A spokesperson for Francis deSouza said he had disclosed the entirety of his cryptocurrency holdings at the beginning of the divorce. “As soon as Francis knew that the Bitcoin was caught up in the Mt. Gox bankruptcy, he told his ex-wife,” the spokesperson said. “Had the Mt. Gox bankruptcy not occurred, the division of the BTC would have been entirely uncontroversial.”

But the appeals court found that Francis deSouza, 51, who is now the CEO of biotech company Illumina, had violated rules of the divorce process by failing to keep his wife fully apprised of his cryptocurrency investments. 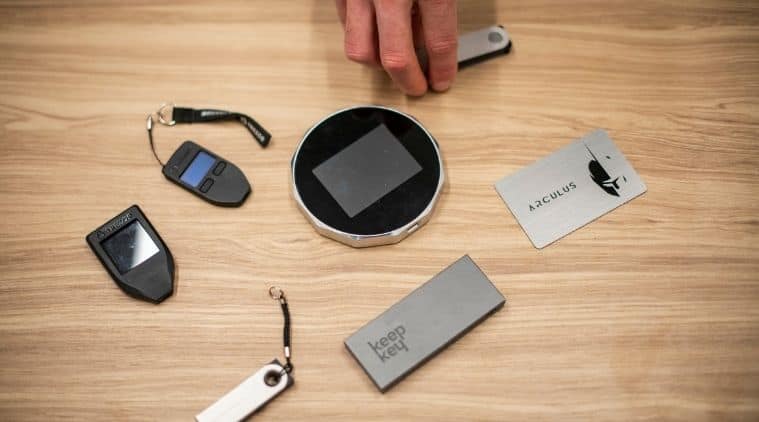 He was ordered to give Erica deSouza about half the total number of Bitcoins he had owned before the Mt. Gox bankruptcy, leaving him with 57 Bitcoins, worth roughly $2.5 million at today’s prices. Erica deSouza’s Bitcoins are now worth more than $23 million.

Not all crypto divorces involve such large sums. A few years ago, Nick Himonidis, a forensic investigator in New York, worked on a divorce case in which a woman accused her husband of underreporting his cryptocurrency holdings. With the court’s authorization, Himonidis showed up at the husband’s house and searched his laptop. He found a digital wallet, which contained roughly $700,000 of the cryptocurrency Monero.

In another case, Himonidis said, he discovered that a husband had moved $2 million in cryptocurrency out of his account on the Coinbase exchange, a platform where people buy, sell and store digital currencies. A week after his wife filed for divorce, the man transferred the funds to digital wallets and then left the United States.

A court can order a cryptocurrency exchange to turn over funds. But the online wallets in which many investors store cryptocurrency are not subject to any centralized control; access requires a unique password created by the wallet’s owner. Without that digital key, the husband’s funds were effectively out of the soon-to-be-ex-wife’s reach.

An exchange can still be a valuable source of information. In 2020, Gregory Salant, a divorce lawyer in White Plains, New York, worked with a client who believed her husband owned cryptocurrency he hadn’t disclosed. Salant sent a subpoena to Coinbase, which responded with a spreadsheet that he found impossible to understand. He hired a forensic investigator, Mark DiMichael, to translate the spreadsheet and track down the assets.

DiMichael produced a 42-page report that said the husband had made a series of payments to wallet addresses associated with the dark web, an online marketplace for drugs and other illicit goods. The husband had also transferred nearly $225,000 in cryptocurrency to other anonymous addresses. A review of his tax returns showed he hadn’t reported spending the cryptocurrency or converting it into dollars.

The case was eventually settled. Under the final agreement, some of the husband’s other assets were allocated to the wife to resolve the cryptocurrency dispute.

In some divorces, the cryptocurrency stash turns out to be tiny or even nonexistent. Several lawyers described cases in which a wife’s suspicions were unfounded. But over and over, said Kelly Burris, a divorce lawyer in Austin, Texas, who primarily represents husbands, men have come into her office and detailed their plans to hide cryptocurrency.

“They can be weirdly not creative,” Burris said. “They’ll be like, ‘I’ll give it to my brother for a dollar’ or whatever, and I’m like, ‘You can’t do that.’ ”

Burris is a fixture on the divorce industry lecture circuit, on which she talks about the challenges of tracking digital assets. In some cases, she said, her male clients have proposed slightly more sophisticated frauds, like using a crypto ATM to buy Bitcoin with cash.

This article originally appeared in The New York Times.