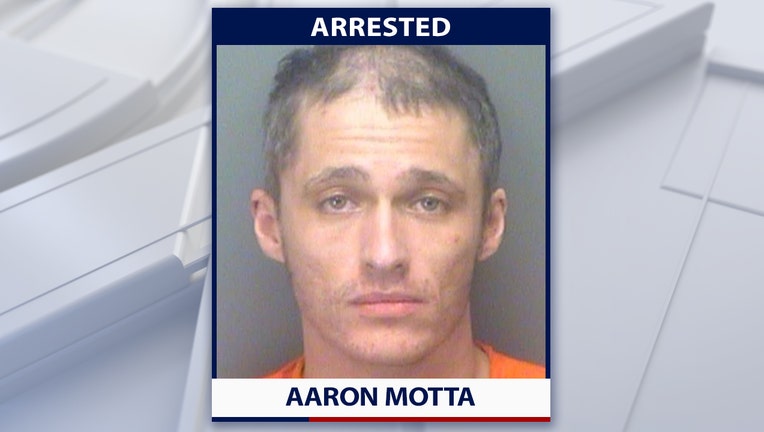 CLEARWATER, Fla. – A Pinellas Park man is accused of stealing nearly $600,000 in cryptocurrency after gaining access to a client’s investments while installing a security system in the man’s home.

According to the Clearwater Police Department, Aaron Motta, whose LinkedIn profile describes him as a certified ethical hacker and cybersecurity analyst, took the victim’s Trezor hardware wallet containing the man’s cryptocurrency investments while he was working in the victim’s home office. Police say Motta was able to access the man’s accounts because the victim’s passwords were with the wallet.

According to an arrest affidavit, Motta transferred $575,910.61 of the victim’s cryptocurrency holdings out of the wallet and tried to conceal where the money went by making a series of transactions.

However, a blockchain analysis revealed that the victim’s money was transferred into multiple digital wallets owned by Motta, according to police.

Motta has been charged with two felonies, including grand theft and offenses against computer users.

GULFPORT, Fla. – The Gulfport house listed for sale as an NFT is off the market, helping Tampa Bay made history in real estate.

On Thursday, the property at 6315 11th Avenue South became the first house to sell at auction as an NFT or non-fungible token using cryptocurrency in the United States. Pinellas County realtor Amy Heckler listed the house for the seller Leslie Alessandra, co-founder of the crypto company DeFi Unlimited. Lots of eyes watched the online auction as two anonymous bidders made offers over the digital market, but one came out on top. The house sold for about 210 Ethereum, a type of cryptocurrency, coming out to $631,790 after the currency conversion.

“This is the first time this has ever been done. Maybe there was a little trepidation among bidders and et cetera, and because it hadn’t been done before,” said Heckler, who said she hoped the house would sell for more.

The new owner now gets a physical house, instead of something purely digital, and the transfer was instant.

Cryptocurrency to be used in house sale

A Pinellas County realtor is selling a house as an NFT at auction next week, the first in the country.

The house technically sold under its $650,000 asking price by the time the currency was converted, and that’s a risk with cryptocurrency. University of South Florida business professor Balaji Padmanabhan explained.

“So although you could say that 210 Ethereum, which is what it sold for was $650,000 at that point. Within hours, the range could have either been $688,000 or $650,000. That’s a big range, right within a short period of time,” said Padmanabhan. “With the amount of liquidity in that market right now, one house in that risk is quite low. Now, if the person holds on to the cryptocurrency, then you’re riding the fluctuations of that currency.”

Business experts said the auction was a big moment, but there’s work still needed, like ensuring real estate protections for all sales.

“I think the real estate industry will end up partnering with tech firms to create solutions for the buyer so that the buyer is just doing what they think is normal,” said Padmanabhan. “But behind the scenes you have, like companies like the company that actually facilitated this one and real estate companies together figuring out how to set it up so that the buyer and seller can transact easily.”

Heckler said the process was an adventure, and she’s ready to handle the next one that comes her way.

“We’re looking forward to assisting people in the future to sell or buy property with NFTs and cryptocurrency,” she said.

Business experts said the home sale marks the beginning of an interesting future for NFTs, not just in real estate but any physical product that could be tied to an NFT. Realtors said the next step is figuring out how to keep current protections for properties when working with cryptocurency on the blockchain.